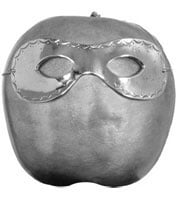 Announcement of finalists of the XXII Max Performing Arts Awards

At 11.00 am, the SGAE Foundation will announce through a statement the finalists to the 19 contest categories

The Tuesday, April 2, at 11.00 hours, the Organizing Committee of the Max Performing Arts Awards will announce through a press release the finalists to the 19 contest categories of the XXII edition. The awards, organized by the SGAE Foundation, are intended to stimulate and reward the talent of the theater and dance professionals of our country, as well as the promotion of the season's shows.

Of the 119 selected shows to participate as candidates the finalists will come to the 19 categories that compete in this XXII edition of the Max Awards for Performing Arts. In total, 358 shows were registered.

In addition, 3 special prizes are awarded: Max Award of Honor, which will distinguish the trajectory of a person by his contribution, delivery and defense of the Performing Arts, the Max Amateur or Social Character Award, which encompasses projects in favor of integration and social projection and to amateur companies with an outstanding contribution to Performing Arts, and Max Public Award, that will be granted to the show that obtains the greater number of votes of the public through the online application #VotaMax.

The winners of the XXII edition of the Max Performing Arts Awards will be announced on May 20 at the gala to be held at the Calderón theater in Valladolid. This year, the Max Awards have the collaboration of the Valladolid City Council.

Meeting with the artistic team of «Mirror of victim»