The public, star of the 21st Max Awards for Performing Arts

The dance company of Daniel Abreu and the play "Solitudes" (Kulunka Teatro), great winners of the night
The new Minister of Culture and Sports, José Guirao, attended the ceremony to "recognize the work of professionals in the sector"

The president of the SGAE, José Miguel Fernández Sastrón, claimed a pact of the State of Culture and "a commitment to copyright"

The gala was held at the Cartuja Center CITE in Seville

The public has been the axis on which the gala of the 21st edition of the Max Performing Arts Awards. An explicit and emotional tribute to the spectators who for the first time have participated actively in the ceremony. Organized by the SGAE Foundation, the Max Awards ceremony was held on Monday, June 18 at the Cartuja Center CITE of Seville, and it was retransmitted by La 2 de Televisión Española (TVE).

Directed by Alfonso Zurro (Salamanca, 1953), the gala was conducted by the popular actress and humorist Cristina Medina. The protagonist sentiment of the public was the main axis on which the ceremony revolved, with a script Juan Carlos Rubio and scenery Curt Allen Wilmer; Y the actions of Mayte Martín, the Flamenco Ballet of Andalucía, Vicky Luna, The Curse of Marlboro Men and the Antílopez group. 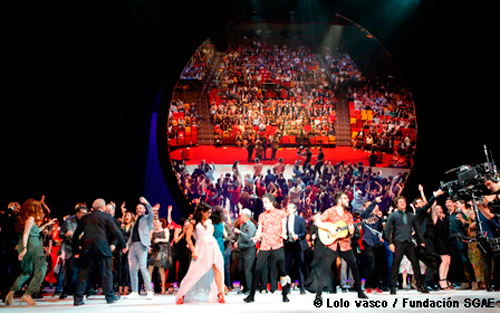 Great winners of the night

A pact of State of culture

The president of the General Society of Authors and Publishers (SGAE), José Miguel Fernández Sastrón, took advantage of the ceremony to claim "a State policy for culture and a real commitment to copyright"

Fernández Sastrón showed the satisfaction of the sector for once again having a Ministry of Culture. "We have welcomed him with hope," he added, addressing the new minister, José Guirao, present at the gala to "recognize the work of professionals in the sector." "It's a way to support them because tonight recognizes the work of the whole year," explained the head of the Culture and Sports portfolio, recently released in the position.

During his speech, Fernández Sastrón also recalled that only 18% of the works are written by women and only 22% are directed by them. "There must be more women," the manager complained; who pointed out that "we have a long way to go and we should do it with determination and urgency". 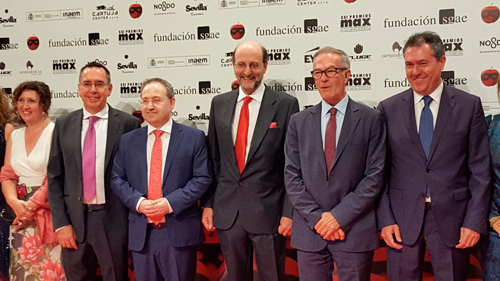 Organized by the SGAE Foundation since 1998, the Max Awards, whose prize is designed by the poet and artist Joan Brossa (Barcelona-1919/1999), promoter of one of the renewing collectives of post-war Spanish art, have been consolidated as over these years as the broadest recognition in the field of Performing Arts in the Spanish State.

This edition of the Max Awards had the collaboration of the Seville City Council, Seville Tourism, INAEM, Cartuja Center CITE, Ernst & Young, Fluge, Campos & Rial, the School of Dramatic Arts of Seville (ESAD) and the Andalusian Center of Dance (CAD).

The Author Institute publishes a legal guide for choreographers and dance c...
Scroll to top