The organizing committee of the Max Performing Arts Awards has granted the Max Amateur or Social Character Award 2018 to Dance Mobile (danzamobile.es) and has highlighted his extensive professional career as a benchmark in the world of contemporary national and international integrative dance. More than 60 professionals from the field of Performing Arts have participated in this tour, with which they have produced 25 shows. Outstanding are its more than 500 performances and its program of continuing education for interpreters with disabilities at the Centro de Creación Danza Mobile in Seville.

Choreographer Esmeralda Valderrama, director of the company, will receive the award on June 18 at the gala of the XXI edition of the Max Awards for Performing Arts organized by the SGAE Foundation, with the collaboration of the City of Seville, in the new Cartuja Center CITE cultural space of the Andalusian capital.

In 1995, Esmeralda decided to give shape to a puzzle highlighting art, social participation, training and cultural management as fundamental pieces. With these wicks Danza Mobile began to arm itself, project where to create a space in which professionals of these sectors were united to contribute to the creative, social and personal process of the people with disability. An initiative that now receives the Max Amateur or Social Character Award and that the choreographer thanks: "it is a recognition of our work, but above all to begin to accept diversity, that difference is what enriches us and makes us unique: The Max Prize gives visibility to all this philosophy that we have been fighting for many years "(See the complete interview: https://youtu.be/_65ObhIx3jM).

Origins of a comprehensive project
The road has not been easy and, despite the difficulties, in 1996 the first of a long list of projects was launched: the School of Dance. After him would come the Creation Center, the Dance Company, the Festivals and collaborations with institutions and professionals from various fields. Danza Mobile has thus become a comprehensive and global proposal, although "it is born from an artistic project committed to enrich the stage with different bodies, different energies," says Esmeralda. In fact, "all the professionals who work in our center come from the world of art; they are dancers, actors, choreographers, musicians … ", he continues.

Dance as a universal language
As Esmeralda Valderrama points out, the language of dance, which from a young age she considered totally curative, gave her the opportunity to offer that teaching and that passion for art "with the intention of giving other people another reason to live". "Not being able to stand up with good phrases what you want to say does not mean having nothing to say. Sometimes you have to give other means of communication in addition to the word, "he says, and insists that for her" Performing Arts and plastic what they do is to build communication channels to others and to everything that surrounds us. "

Goals
Among the main objectives of Danza Mobile are to contribute to an improvement in the quality of life of people with disabilities, offering them alternative activities within the field of art and "simply, to be able to show a professional company where part of the cast are dancers with disabilities intellectual ", explains the founder of this initiative. Undoubtedly, the company's greatest achievement is having joined the professional field of dance, making it possible to get to know and accept Danza Mobile shows on equal terms with other professionals in the sector.

For Esmeralda, however, there is still a very important gap to cover in society and is to work "from very young" in diversity, especially through art. "I would like to be able to do in Seville a wonderful center of outsider art, which still does not exist anywhere in Spain, especially to put more values ​​into art".

A recognized common learning
Although at the beginning, a project of these characteristics in Seville involved walking on untrodden lands, the knowledge of works of this nature in other cities, outside and inside Spain, made them accumulate courage to start a common learning that, nowadays, He has reported many awards and recognitions. The Dionisos Prize for theatrical projects with social repercussions, awarded by UNESCO-Comunidad de Madrid (2012); the Andalusian Award for Good Practices in Attention to People with Disabilities of the Ministry for Equality and Social Welfare of the Junta de Andalucía (2010); the 'Solidarity' Prize of the Union of Actors and Performers of Andalusia (2010); the Mayte Theater Award for the Normalization of Disability in the Theater (2007); the City Medal for its trajectory in the promotion of culture, art and dissemination of the name of Seville, among others. Prizes have also been received for the pieces Paths by Ana Erdozáin at the Choreographic Competition of Madrid 2014 and Mirror of Vanesa Aibar in the Choreographic Competition of Tetuán-Madrid 2016; as well as three Lorca 2017 Awards granted by the Andalusian Performing Arts Association (ARESAN), together with the SGAE Foundation, for the show In vain by Arturo Parrilla, are a clear example of everything that remains to come.

In recent years, Danza Mobile has also become part of other cultural and artistic projects that go beyond dance. In addition to the School of Dance and the Occupational Center, in 2007 they launched one of their most relevant initiatives, the International Festival Escena Mobile de Arte y Discapacidad, an event that brings together the best dance and integrated theater and dance productions in Seville. The Festival has managed to show professionals and the general public that art and disability, far from being incompatible, are areas of mutual enrichment that can, and should, go hand in hand.

Likewise, other of its lines of work are the plastic exhibitions, the International Cinema Mobile Contest, conceived as a natural extension of the Festival, or the artistic creation and interpretation, for which Danza Mobile has facilitated that artists with intellectual disabilities can participate in productions. from other dance and theater companies or in film productions (case of the works Cassandra, Theater and Human Rights of La Fundición; the flamenco shows of the Cia. José Galán In my senses Y The pixie of the senses, and the cinematographic works in short format, The flight of Coco by Andrés, JM Muñoz and Daniel Parejo or I also, feature film by Antonio Naharro and Álvaro Pastor. 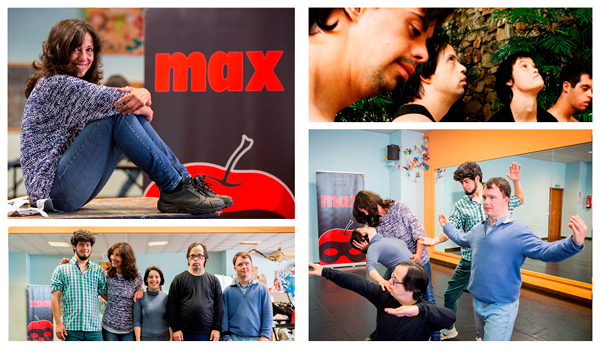 Three special prizes
In addition to the 19 contest categories, this year there are three special awards: Max de Honor, which has recognized the career of playwright and theater director José Sanchís Sinisterra; Max Amateur or Social Character, this time for Danza Mobile; and the Special Max of the Public, which will be known once the voting period has concluded.

Organized by the SGAE Foundation since 1998, the Max Awards, whose prize is designed by the poet and artist Joan Brossa (Barcelona-1919/1999), promoter of one of the renewing collectives of post-war Spanish art, have been consolidated as over these years as the broadest recognition in the field of Performing Arts in the Spanish State.

Finalists of the XXI edition of the Max Performing Arts Awards

The Valencian theater offers its success in the 21st edition of the Max A...
Scroll to top